Today was a light travel day. I woke up with a raging head cold. It’s not conducive to making decisions or navigating in uncharted territory. Regardless, we did have a lovely, scenic travel day.

We started out taking the Anderson Ferry across the Ohio River. In operation since 1871, the Anderson Ferry operates 364 days a year, taking commuters across the river–and states–from Hebron, KY to Cincinnati, OH. I had never been across it, so we thought we’d give it a try. We drove down a windy junglescape of trees and foliage and arrived at a little landing where five cars were already waiting in line for the ferry. A few minutes later, we were on board and under way. Our fare was a whopping $5, and the ferryman noted our ‘killer’ animals on board. The water was murky, most likely due to the storms that had just passed the night before. But the ride was surprisingly smooth. 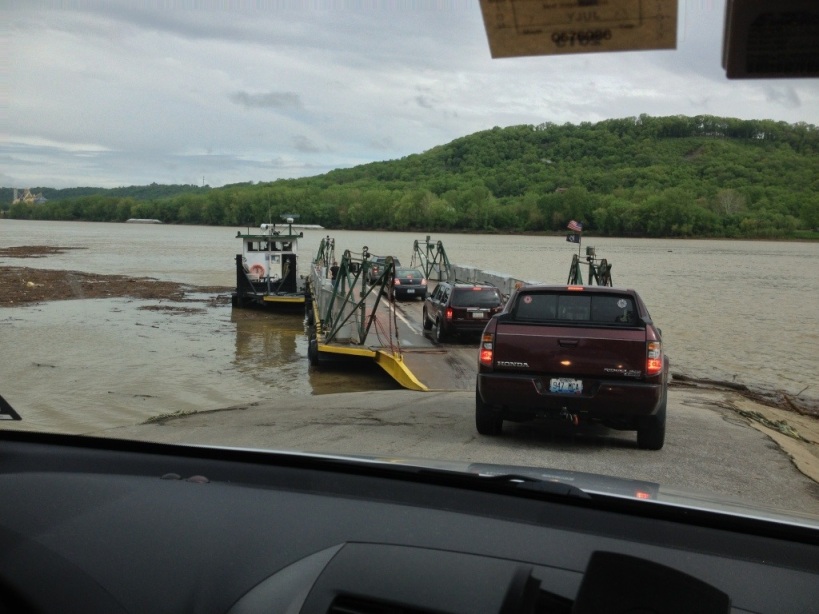 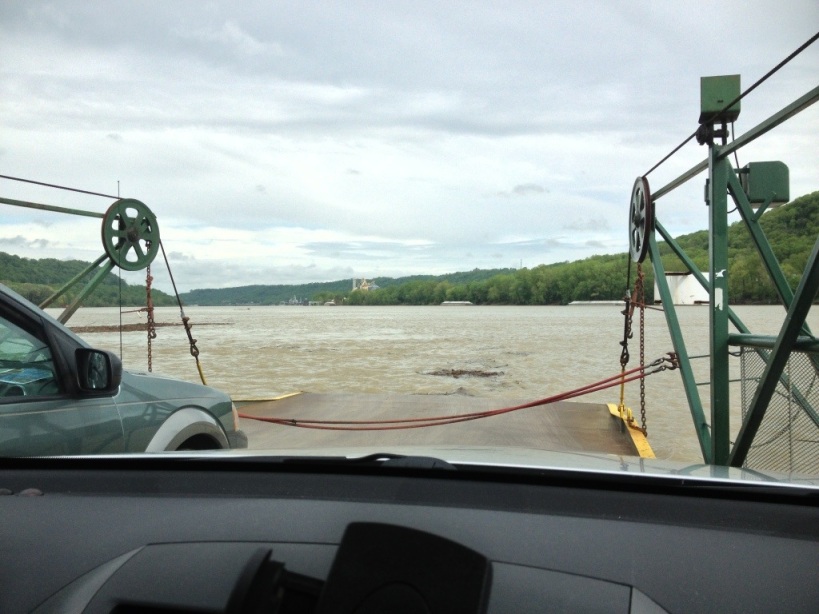 Ferrying across the Ohio River

What was really cool, aside from the ride, was our location on the GPS as we were crossing. 🙂 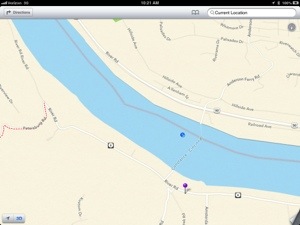 GPS view of our trip across the Ohio River

Once across, we immediately hit Route 50, the Ohio River Scenic Byway. This drive goes across a number of routes–Route 50 in Ohio, Route 56, 156, and Route 62 in Indiana. We drove through the Ohio and Indiana countryside, wheeling through small towns like Patriot and Florence and finally stopping in Corydon, Indiana. We chose Corydon due to its proximity to the Marengo Caves in Marengo, In. We’ll visit in the morning and then head over to the Hoosier National Forest. We might head over to French Lick, IN (home of Larry Bird)…but that’s a decision we’ll make tomorrow. That’s how we roll! 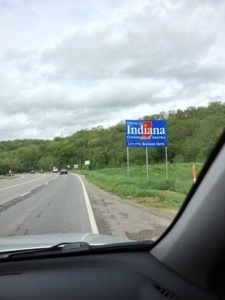 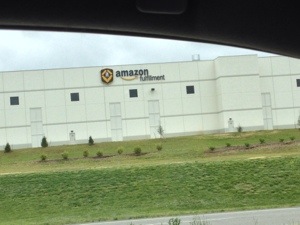 Tom suggested that I stop and say hello to the Amazon.com people, since I’m such a good customer! 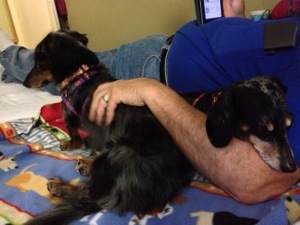 Chillaxin’ after a long day