This is our third National Park in a week. We are in awe of all this country has to offer, all the wild and beautiful places that still exist and are being preserved for generations to come.

Today’s visit to Bryce Canyon was as good as could be. We got up early and took the first shuttle into the park. It was quiet and almost empty. The morning was bright and cool. Perfect.

The first shuttle stop was at Bryce Canyon. The bus let us off, and within a few steps, we had reached this magnificent vista. According to the park info, Bryce Canyon is not technically a canyon since it was not carved by running water; instead, the canyon was made by rainwater eroding the stone and, over time, making this unique landscape. I do have to say that I took about a hundred photos today. You can thank me for only publishing a few of them… 😉

Tom and Mahgrit at Bryce Point 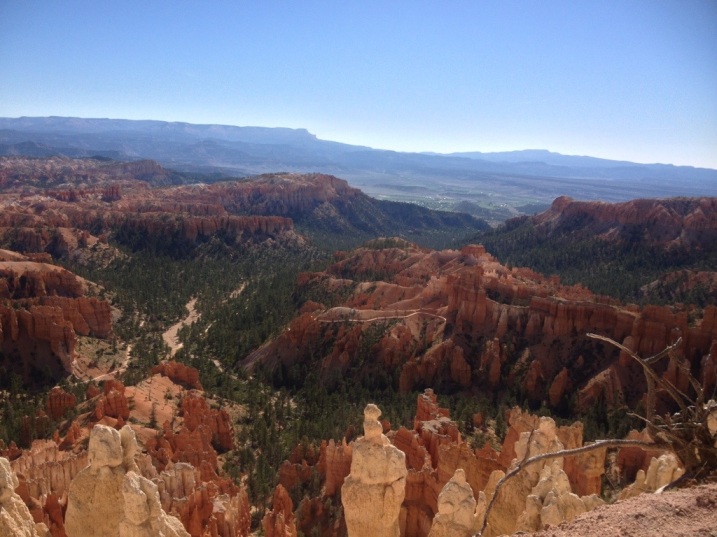 We took the bus to each of the stops and checked out the different canyons and views. I especially liked Inspiration Point. 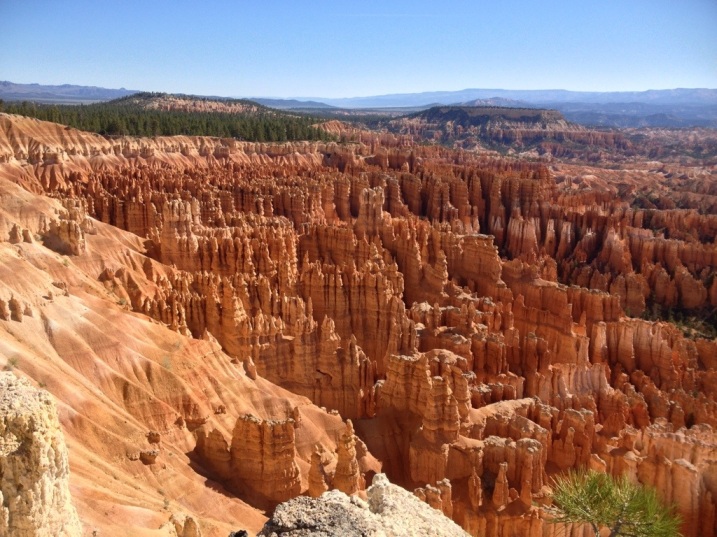 This Hoodoo reminded us of an alien. Could it have been an alien race that carved these canyons? Nah… 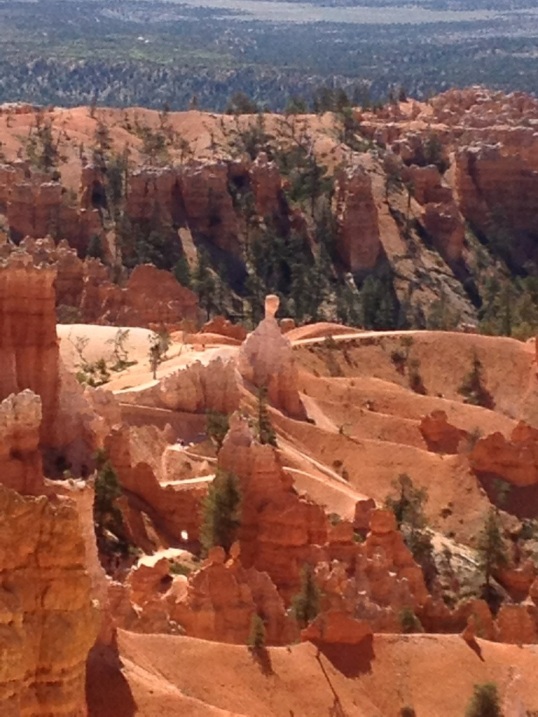 We walked along the canyon rim trail from one of the points, Sunset Point, to the next vista, Sunrise point. In between, we visited the lodge. It had great, rustic cabins that were just steps away from the canyon rim. I’d love to stay at one of these someday! The lodge house itself was the original lodge put up by a family that now seems to have the monopoly on lodging and restaurants at Bryce Canyon City. 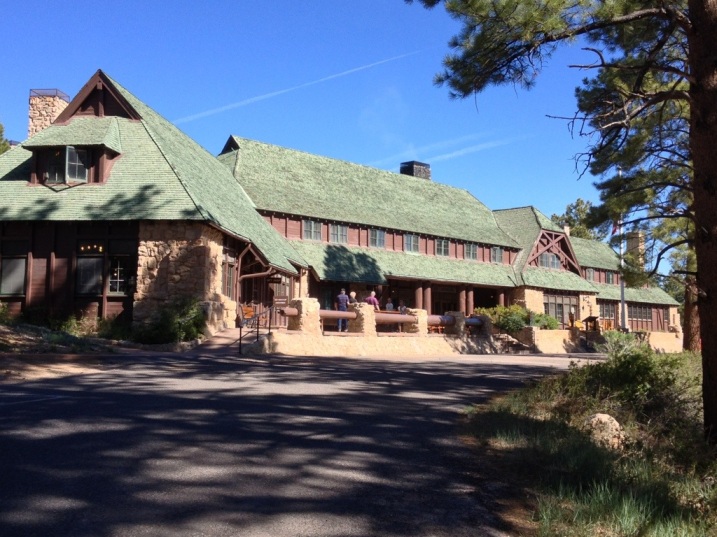 After touring the park through the shuttle system, we went back to the hotel and picked up the car (and the pups). We drove out to Rainbow Point, the furthest driving point in the park, and had a picnic lunch. We then stopped at all the vistas on the way back to the hotel. This part of the park is not served by the shuttle system. However, the shuttle gave us a great overview of the park and allowed us to determine how busy the park was (not) and if we’d have issues driving to different points. We spent the rest of the time exploring on our own. What was surprising was the contrast between the vast forests and the dramatic canyons. Both the Grand Canyon and Zion were less densely rich in forest, while Bryce was a mix of the two. Hence today’s open road.

There were more great strata at the different vista points, including this great Natural Bridge.

We saw a lot of ground squirrels and birds in the park, but our most dramatic encounter with nature was the Pronghorn Antelope that were grazing by the side of the road. We stopped and I got out of the car to take this picture. It didn’t phase the antelope one bit.

Pronghorn Antelope on the roadside

I do have to say that three National Parks in a week is a lot. By the end of the day’s sightseeing, I was getting a bit jaded. “Oh yeah, another breathtakingly beautiful vista. Click.”

Oh the places you will go… (CLICK TO ENLARGE)

After a hard day of sight-seeing, we had some down time. I did a little artwork, while Tom and Jasmine surfed Facebook and then took a well-deserved nap.

All that sight-seeing makes everyone sleepy

Tomorrow, we start heading North towards Yellowstone. However, we are going to take the scenic route. At this point, is there any other route but scenic?