Today was a day of easy exploration and some great discoveries.

The first was breakfast. The waitress at the Downtown Bistro recommended Michael’s Kitchen for breakfast and lunch, so we headed over to the downtown Taos restaurant. Walking in, I knew that the food would be good. It was bustling with locals and the food smelled and looked great. We were immediately seated, and I looked over to the table next to us. I asked the man what he was eating, and he said, “Breakfast Enchilada.” SOLD!

So Tom and I both ordered the Breakfast Enchilada. It came with some yummy Sopapillas (fried dough). We also split an order of Atole-Piñon Pancakes–blue corn pancakes with pine nuts. Everything was exceptionally delicious!

Funny, but another couple was seated next to us, and it just happened to be a couple we saw on the Rio Grande Gorge Bridge the day before! We chatted with them and shared notes. They are from Dallas and are headed down to Santa Fe tomorrow. We told them to go to Tia Sophia’s for breakfast! It’s funny how people keep intersecting with us on the trip. It’s really great to meet and chat with people on the road!

After breakfast, we headed up to the Taos Ski Valley. Just under 20 miles from downtown Taos, the Ski Valley is in the Carson National Forest. While it was off season, the drive itself was the draw; the open road views today were beautiful. 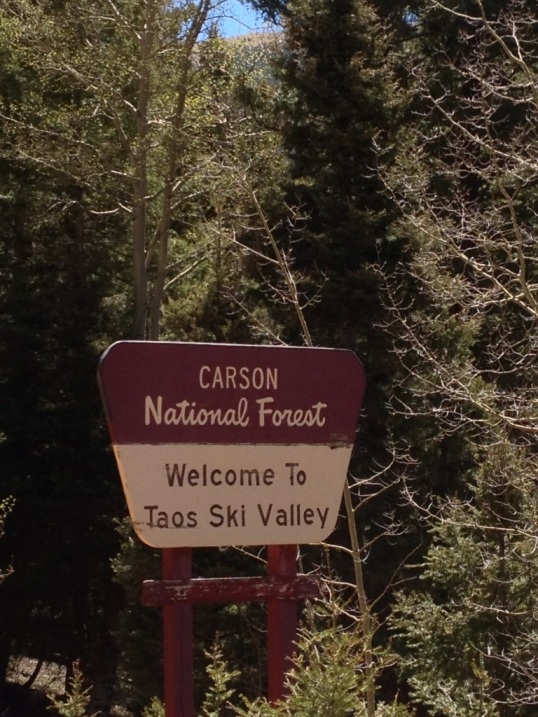 Back to Carson National Forest 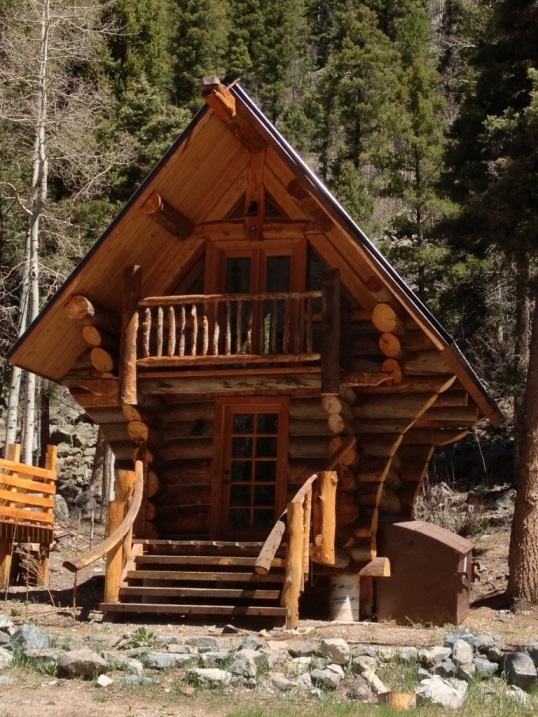 Guest house at a cabin on the way to the Taos Ski Valley. I’d love to stay here!

On our way up to the Ski Valley, we drove through Arroyo Seco. On our way down, we stopped to explore the many small shops and galleries in this very small town. One mercantile had everything from local art to Japanese Obi (which I bought…who would’ve thought I would find a vintage Obi in New Mexico?). Another gallery had wonderful sterling silver charms. It was a hot day, so Tom and I had an ice cream at Taos Cow. Caramel Pinon (pine nut) was the flavor of the day. We were beginning to see a trend here…

We drove into the Old Town area of Taos and did some gallery hopping and shopping. We took the girls around in the doggie stroller, once again attracting tons of attention. Of course, with faces like these…who wouldn’t love these cherubs? Juliet again asserted herself with the dogs who dared to venture close–except for one cute little Chihuahua at a leather goods store. “Lucky” the dog was cute and friendly, and Juliet didn’t seem to mind him one bit! We also encountered another Dachshund at one of the stores…Juliet wasn’t impressed! 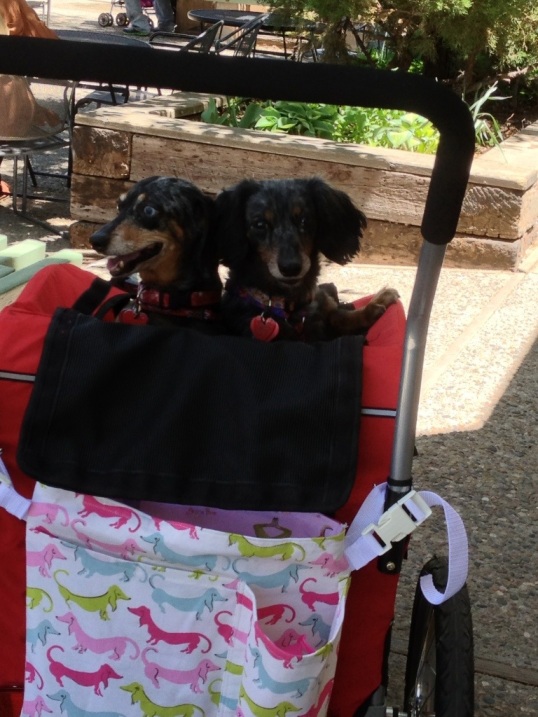 We went back to the hotel, rested a bit and then headed out to dinner at Ranchos Plaza Grill. Lots of great Yelp reviews convinced us to try it…and we weren’t sorry we did. Tom had a Pork Adovado burrito and I had a tamale plate; we both tried both red and green chile sauces. The sauces were spicy, but SO flavorful; even the pinto beans were bursting with rich flavor. The dinners were served with Sopapillas…the best we’ve had thus far! And, of course, I had to try the Flan. It was tremendously silky and perfect. 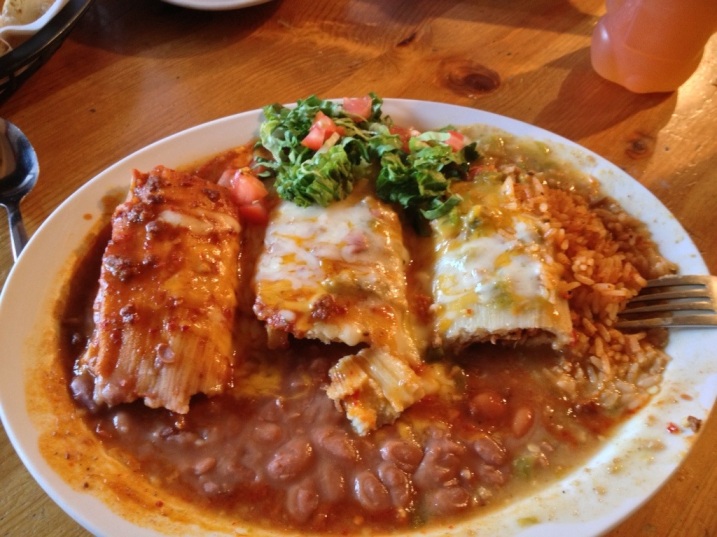 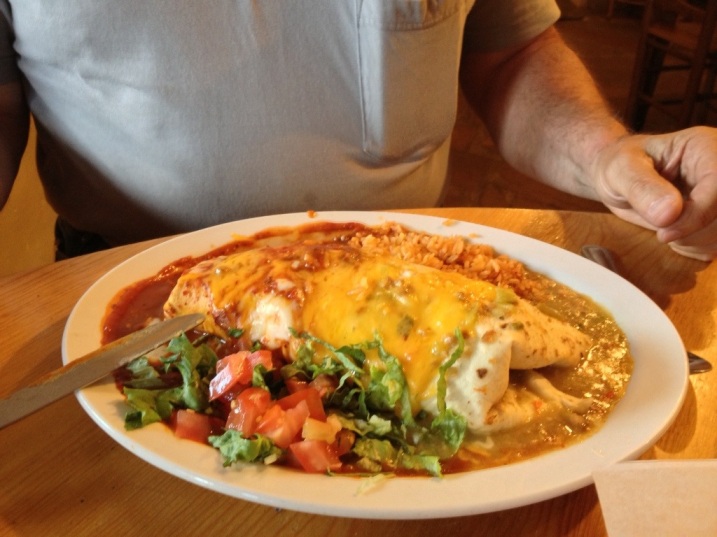 We waddled out to the car and back to the hotel. I broke out the paints and canvases I bought today at Taos Art Supply and played a bit with a Wiener Dog version of a Mola. There needs to be more Wiener Dog Art in the world!

Tomorrow, we’re off to Albuquerque and the surrounding sights! I’m ready for our next adventure!